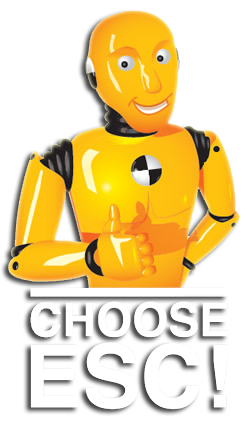 Euro NCAP implemented a new rating system in February 2009. Vehicles tested under the new rating scheme will undergo a tougher & more comprehensive assessment. Euro NCAP considers the availability of Electronic Stability Control (ESC) very important, under the new scoring system it will be impossible for a manufacturer to achieve five stars without having this fitted as standard. Statistics have revealed that ESC plays a vital role in the battle to reduce deaths on our roads.

Euro NCAP began testing the seats from vehicles in 2008, they will be gauging their performance in a rear impact situation and also the effectiveness of whiplash protection.

Since 1997 Euro NCAP's testing of vehicles have become known as a reliable indicator of information to the independent consumer about car safety.

Euro NCAP safety results are released on a quarterly basis. Details of which can be found on their website.